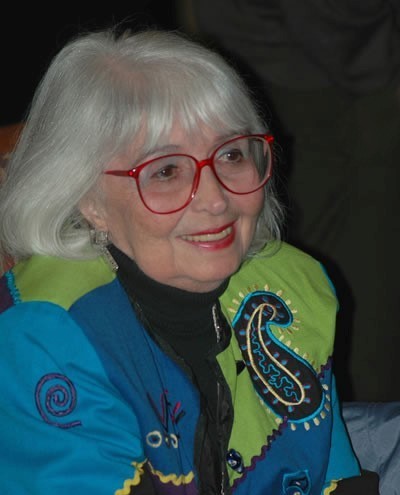 Virginia Roach Monroe (Ginny) and her husband John were members of St. Bede’s for many years.  Ginny graduated from Empire State College with a Bachelor of Arts degree. As an accomplished visual artist, she displayed her works in several art galleries, and was a Member of Excellence in The Southern Pastel Society and other art groups. Some of her paintings are displayed on the walls of the Commons.Ginny was not only a talented visual artist, but also a musician.  She sang in the choir and entertained many of us with her guitar at church gatherings.

The Rev'd John Porter, had asked Ginny if she would be willing to create a set of stations for our Nave (now our Parish Hall).  Designed to hang in between the windows, this limited the number of the stations that Ginny created.  Ginny made a gift of the paintings to the church around 1988.  The Stations are displayed in our Nave during the season of Lent.  At other times they can be viewed in the Sacristy-Robing Room.

Ginny used parishioners and staff members as models for the paintings with one exception.  That was for the face of Jesus, which was modeled on a young Israeli she knew.

<Click here to view the Stations of the Cross>