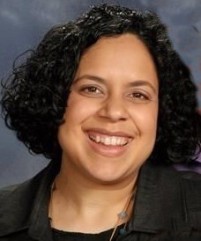 Veronica Noess has been a member of St. Bede’s for over 5 years and started attending after her move to Atlanta from Minnesota. She spent the first years of her adult life as an Amy officer, living in Germany, and deployed to Iraq in 2003-2004 before transitioning to her current employment in international transportation for a Children’s clothing company. At St. Bede’s Veronica has been involved in supporting the Godly Play program and teaching English as a Second Language. In addition to church and work service, Veronica is activity involved in her son’s school as the co-president of the PTA. She is married to Steven Noess and they have one child, Victor. Veronica feels that St. Bede’s is an extraordinary church and looks forward to serving on the vestry as an additional way of service to both the church and local community.